Visiting this two cities I realized what those “droppings” are really meaning. Almost everything around me had to be rebuild.

Just one building, the so called Atomic Dome, in Hiroshima “survived the atomic bomb.

This gave me creeps. This watch in the museum – stopped on 6th August 1945 at 8:15 am, the explosion’s time, like someone has destroyed the time as well. Models and pictures showing the destruction and suffering of the people. At the beginning everything was so far but now became so close and real.

Why do people do such things? Why? Killing thousands of people to demonstrate or test a weapon? Is this really true? 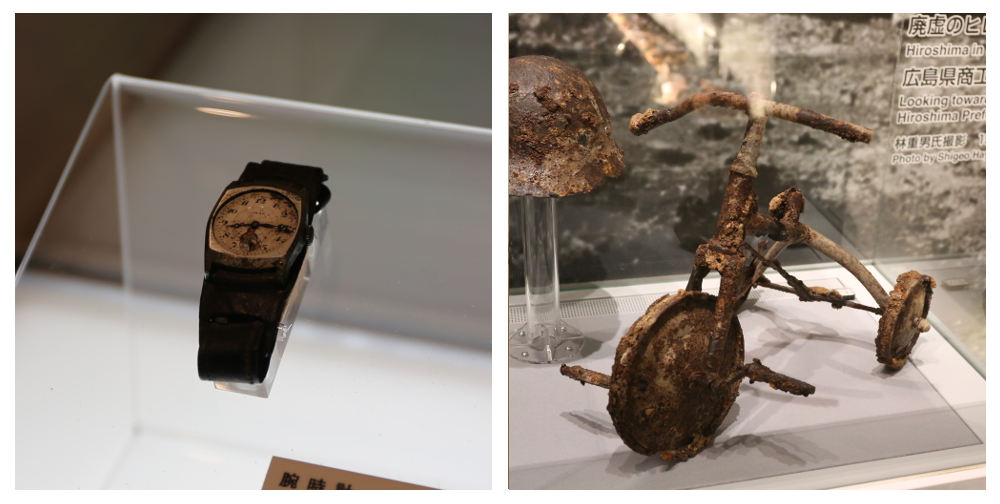 This incredible and terrible destruction of everything. Melted bottles or coins. Letters burned out of paper because they were dark. A picture of a woman with burnings in floral pattern from her kimono, again because they were dark and the heat.
And finally a list of all currently existing A-bombs which can destroy the whole world multiple times.
Two A-bomb droppings were and must be enough. What can we do to change that? 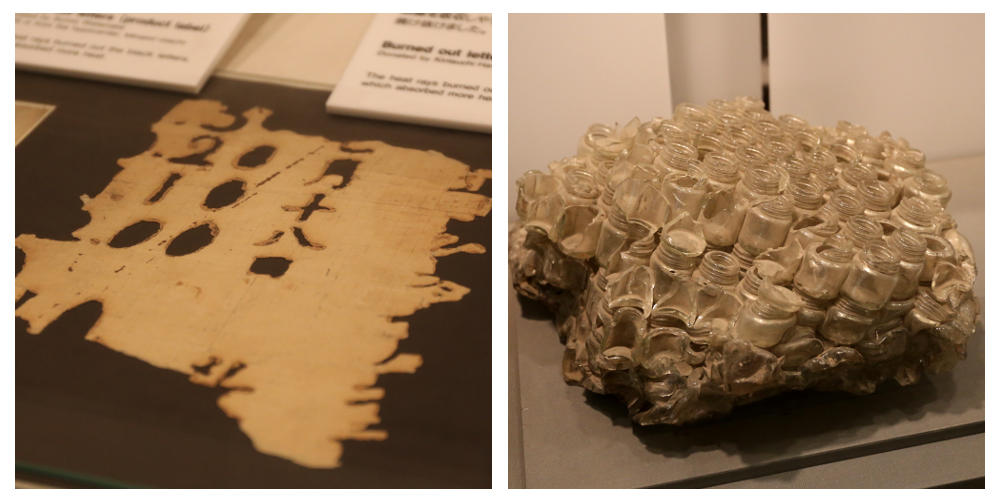 Don’t Panic! Although it’s really hard from time to time.